This collection provides a glimpse into the history of student publications at the University of Houston. The first iteration of the student newspaper was Houston Junior College’s The Cougar, which released its first issue on April 6, 1928, and ran through 1934. With the founding of the University of Houston in 1934, The Cougar moved to a weekly publication schedule which continued through 1965. From 1965 to 2014, the publication was named the Daily Cougar and was published on a daily schedule, with approximately 120 issues per academic year.

This collection contains issues from the first six volumes of The Cougar, dated 1928-1933. The contents of The Cougar reveal issues of concern to student and community life during the time when the Houston Junior College and later the University of Houston were founded. The original materials, and later volumes of The Cougar and Daily Cougar, are available in UH Libraries' Special Collections. 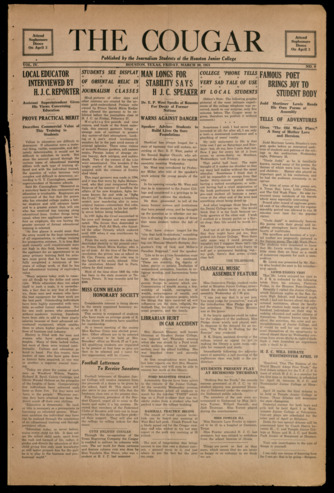 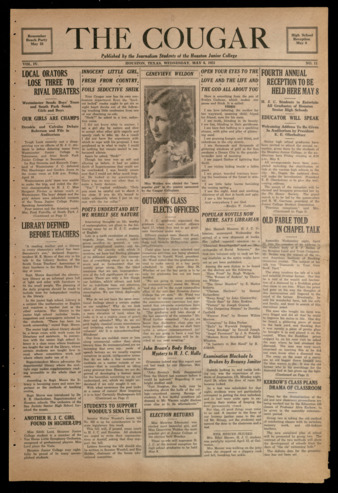 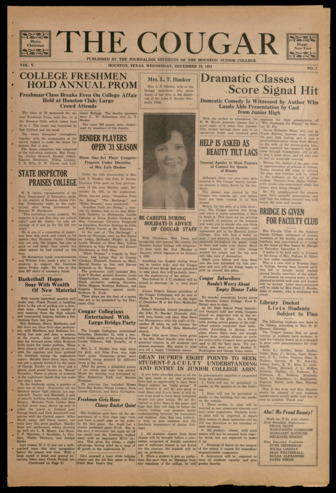 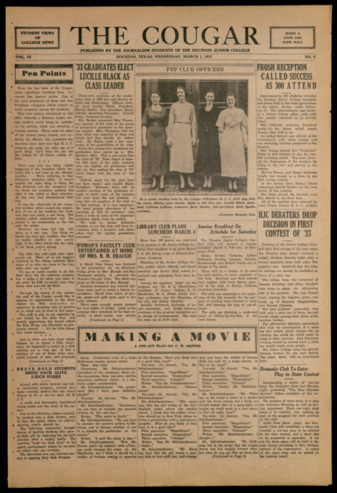 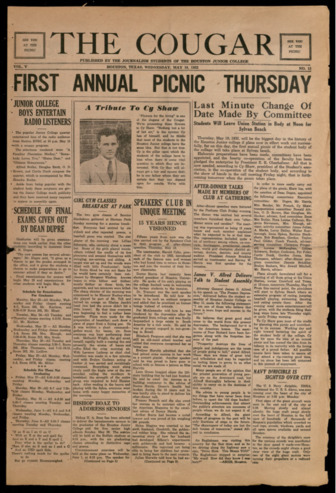 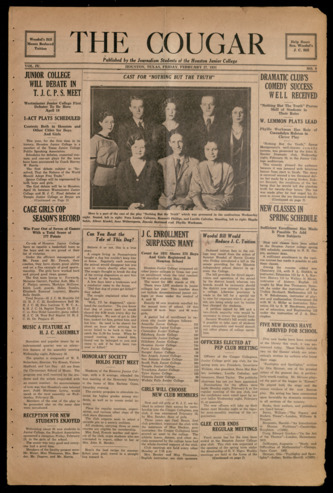 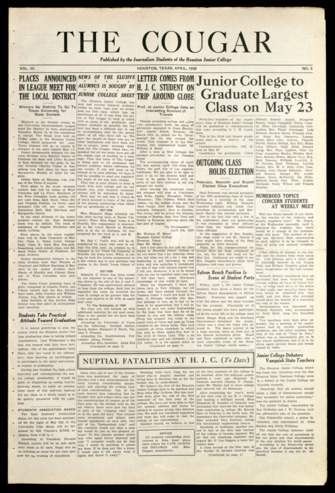 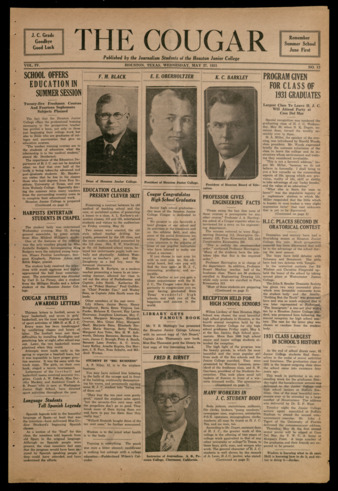